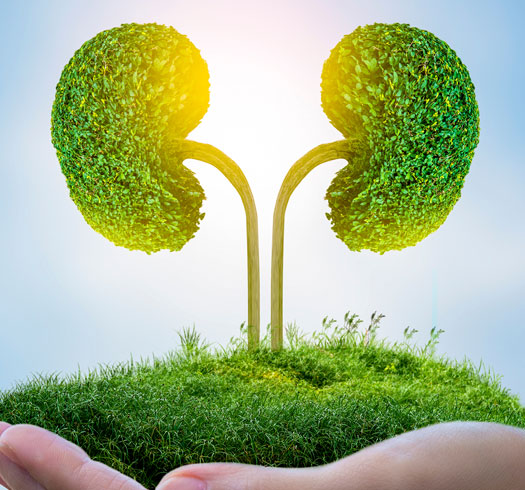 Bergen Hypertension and Renal Associates is a premier private Nephrology practice that was established by a solo practitioner in 1971 in his residence in Ridgewood, NJ. Over the last 50 years it has expanded to 6 Physician practice, 2 office locations, 5 dialysis facilities and 2 hospitals in Bergen County, NJ.

A valid Insurance card is required at each visit. All new patients must show a valid ID at time of their appointment.
All copays are due at time of service. This arrangement is part of your contract with your insurance carrier. 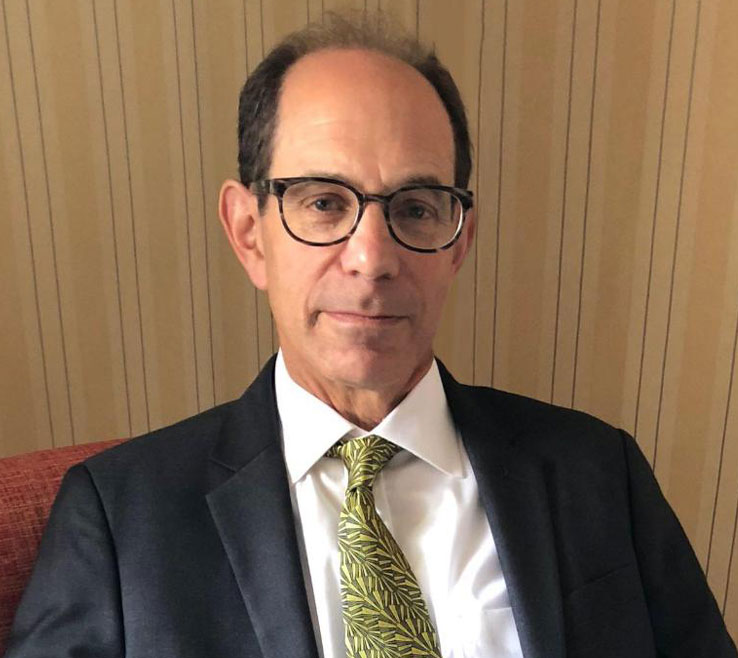 Jeff Kozlowski, M.D.
Jeffrey Kozlowski, M.D. joined Bergen Hypertension in 1984. He attended medical school at NYU graduating with honors. He completed his Internal Medicine internship, residency, chief residency and Nephrology fellowship at NYU. He is Board Certified in Nephrology and Internal Medicine. He has been selected many times as one of New Jersey’s, Tri-state and American top doctors.

Dr Kozlowski is a medical director of The Valley Hospital dialysis and plasmapheresis services.

He lives in the Upper West side of New York City with his wife. He has three grown children and one grandchild. 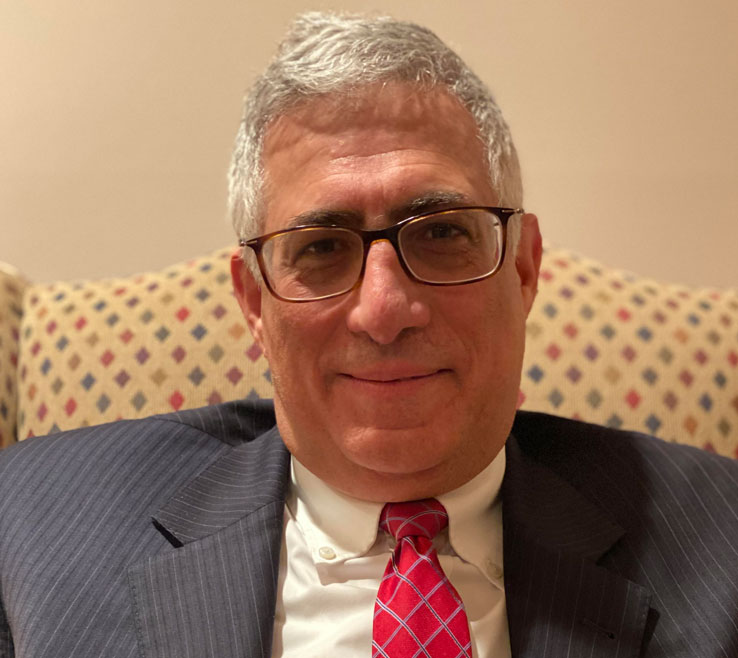 Howard Weizman, M.D.
Dr. Weizman graduated with an undergraduate degree in mathematics and natural science from the University of Pennsylvania. He graduated from the Albert Einstein College of Medicine in the Bronx in 1982. He did his internship and residency at Bronx Municipal Hospital and his kidney fellowship at Mount Sinai Medical Center in New York City.

He has been the director of dialysis and plasmapheresis at Hackensack University Medical Center since 2015.

He is the medical director of the Hackensack Davita Renal Care Center.

He is married with three children and two grandchildren. 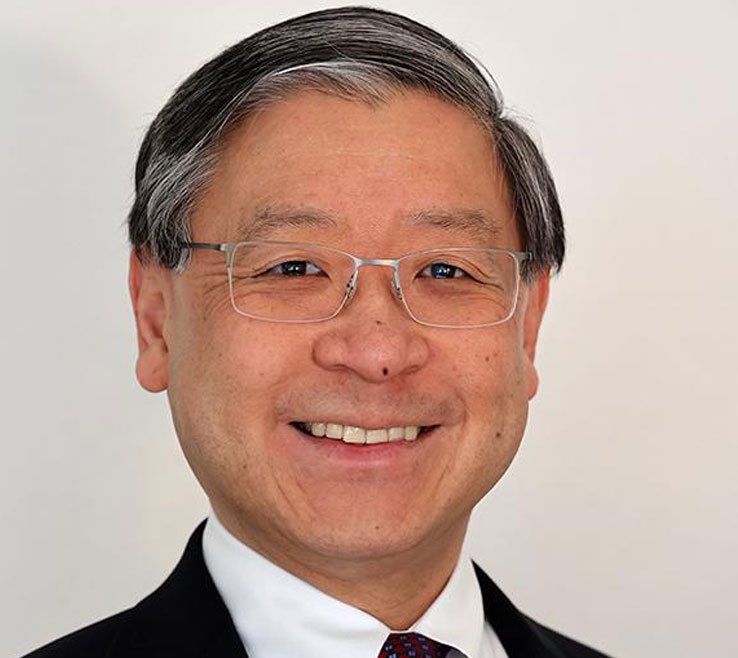 John Rho, M.D.
John Rho, MD has been a member of the group since 1991 after completing his renal fellowship.

He received his undergraduate degree in Biology from MIT then received his MD degree with honors from SUNY Downstate Medical Center in Brooklyn. He completed his residency and renal fellowship training at NYU Medical Center. He is Board Certified in Internal Medicine and in Nephrology.

Dr Rho is well-versed in management of renal disease, electrolyte disorders, and hypertension.

He is happily married and enjoys traveling with his wife. 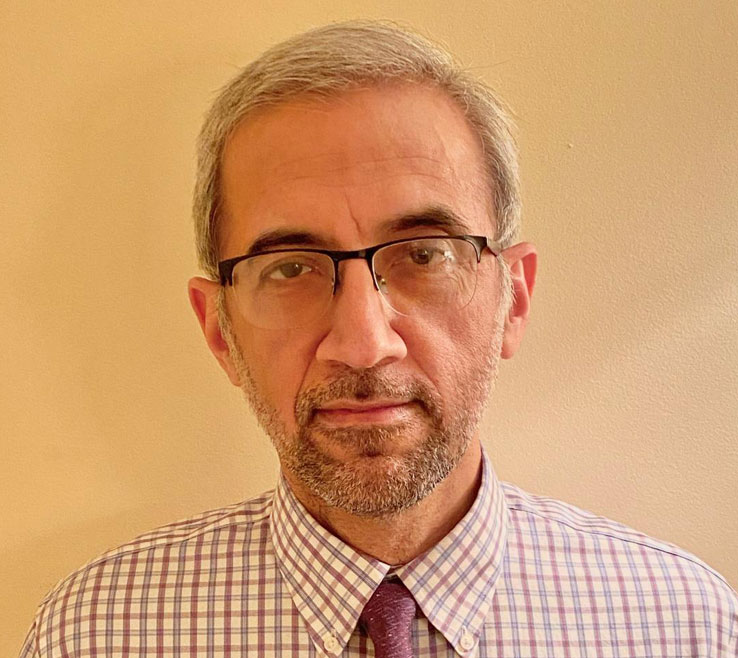 After completing his Internal Medicine residency, he worked for a few years in a family practice setting in California and upstate New York before pursuing his career in Nephrology. Dr. Raza brings with him vast medical experience.

He is fluent in Urdu, Hindi and conversational in Punjabi. He has been a resident of Bergen County, NJ for the past 20 years and has been blessed with a loving wife and 3 children. 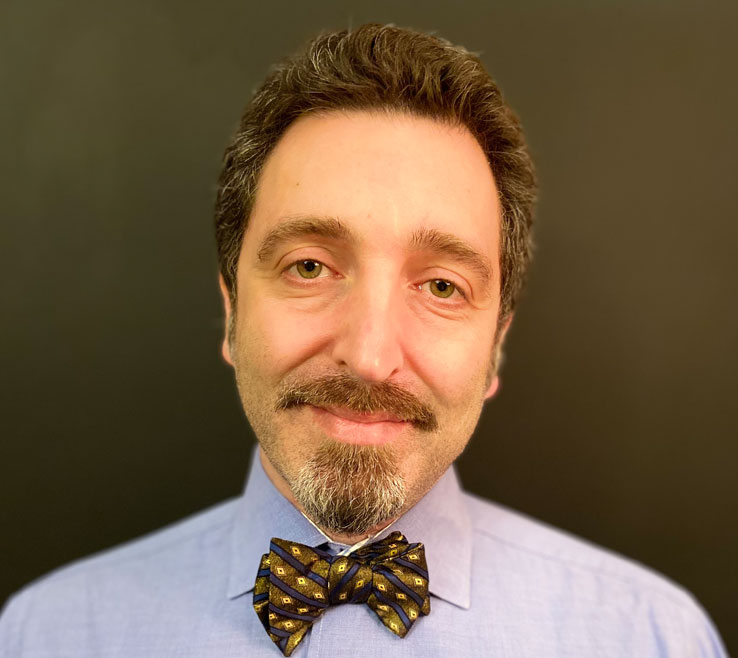 He is a Clinical Associate Professor of Medicine at Seton Hall Medical School where he teaches renal physiology to medical students.

He has been selected many times as one of Castle Connolly, New York Metro Area Top Doctors.

Father of two. Fluent in Russian, conversational Spanish and Hebrew. 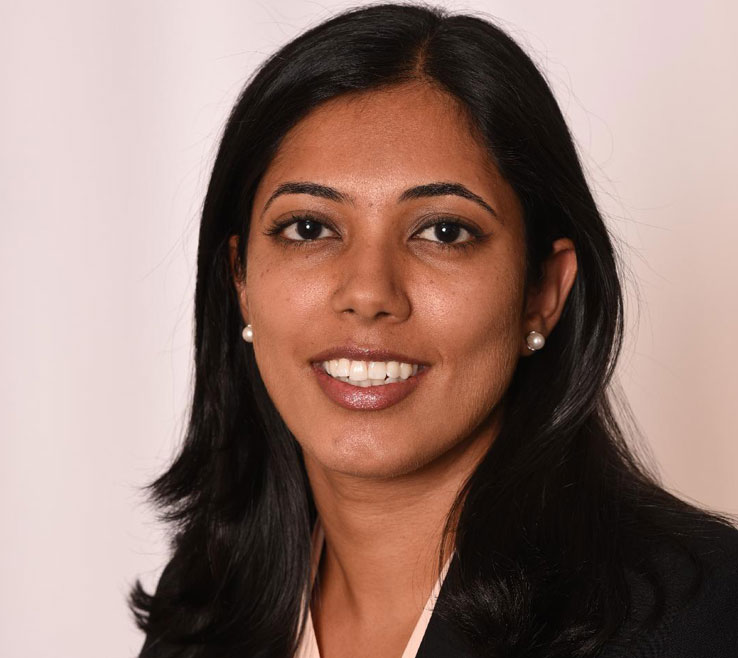 Neha Chheda, M.D.
Neha Chheda, M.D. joined our practice in 2015. She graduated from SUNY Upstate Medical University in Syracuse. She completed her internal medicine residency training at Thomas Jefferson University Hospital in Philadelphia. She completed her nephrology fellowship training at Johns Hopkins University Hospital in Baltimore. She is currently board certified in both nephrology and internal medicine. She is fluent in Hindi.

Neha lives in Bergen County, NJ with her husband and their two children. 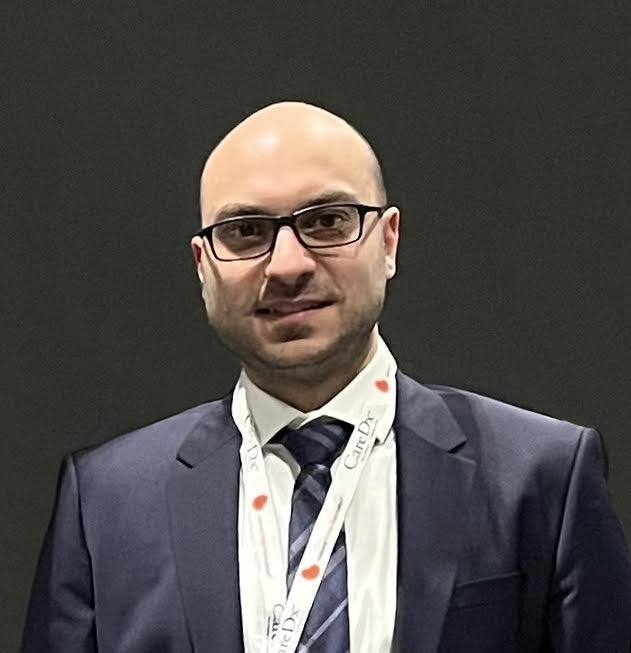 Michel Terzibachi, M.D.
Michel Terzibachi, MD joined our practice in 2022. He has received his medical degree from Damascus University in Syria. He completed his residency at Medstar Health, Baltimore and Nephrology fellowship at Albert Einstein College of Medicine. He has recently moved to Bergen County with his wife and welcomed his first born child in August 2022. Dr. Terzibachi received the Alison Norris award by the New York Society of Nephrology and New York Academy of Medicine for his project about remote monitoring blood pressure in CKD  population during his fellowship.

Dr. Terzibachi is fluent in Arabic and enjoys traveling and hiking.
Our Staff 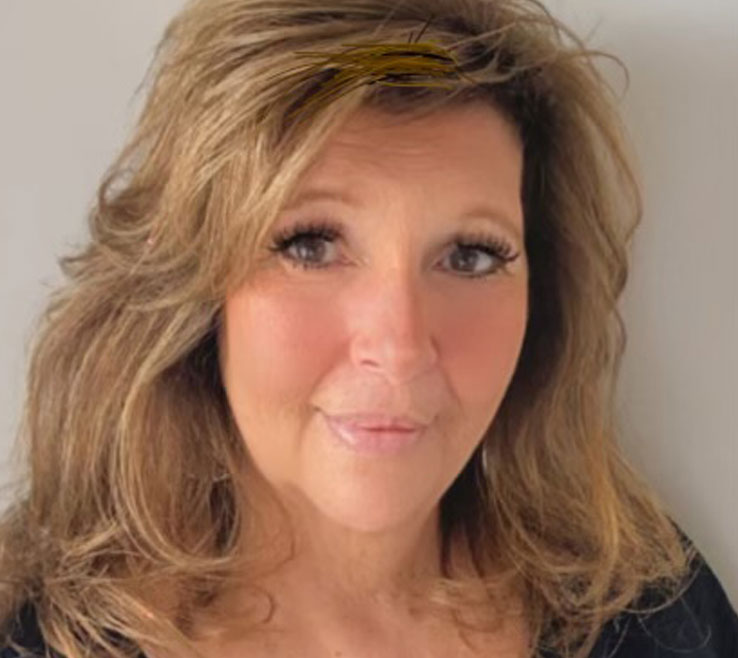 Lisa PisacretaOffice Manager
Lisa started working in the medical field in 1977 and has been with Bergen Hypertension & Renal Associates since 2013. She is an integral part of our team and is responsible for running all aspects of the office and staff. 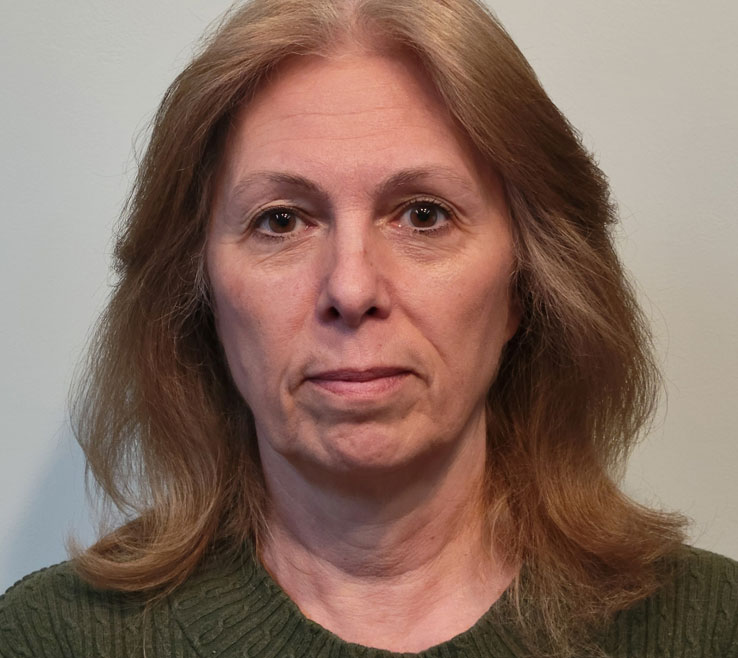 Terry McPeekBilling Supervisor
Responsible for all aspects of Medical billing, including Office, Hospital and Dialysis billing. 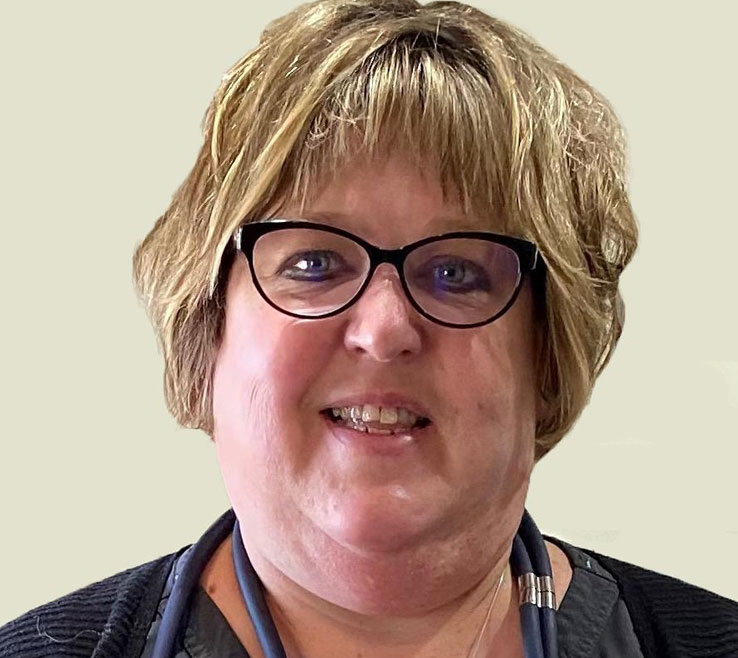 Joanne M. Geyh, RMAMedical Assistant Supervisor
Joanne has been with Bergen Hypertension and Renal Associates since 1992.

She supervises and supports the medical assisting team. She is responsible for Pre-certifications, Specialty medications and Credentialing.
Expertise and Services
Hypertension
Medical treatment of essential hypertension

Work up of secondary causes of hypertension

Diagnosis and treatment of CKD stage 2-5

Low sodium diet 2 gm
Sodium is a mineral that is important for maintaining normal fluid balance in the body. It is found naturally in foods and is also added to certain foods. The...
Read More

DASH diet
The DASH diet emphasizes the right portion sizes, variety of foods and nutrients. Discover how DASH can improve your health and lower your blood pressure.
Read More

Kidney smart program
Over 200,000 people have been taught by kidney care experts about: What kidney diet resources are available; Why employment and insurance coverage are important;...
Read More